[Zero-carbon building is a building that has zero carbon emissions, can operate independently of the grid, and can operate on solar or wind power. This kind of building does not consume coal, oil, electricity and other energy sources, and the entire year's energy consumption is provided by the renewable energy generated on the site.]

"I have always advocated building a community with a shared future for mankind and I'm ready to strengthen cooperation with France and Germany on addressing climate change I announced that China will strive to achieve CO2 emission peak by 2030 and carbon neutrality by 2060."

Chinese President Xi Jinping once again stressed China's "3060" dual-carbon goal at the climate video summit of the leaders of China, France and Germany.

As the world's second largest economy and one of the major emitters, China has taken the initiative to undertake more and more international obligations in the climate field in recent years.

China's "3060" dual-carbon goal is a major strategic decision made by China based on the inherent requirements of sustainable development and the responsibility of building a community with a shared future for mankind. It takes roughly 50 to 60 years for developed countries to reach emission peak and carbon neutrality, but China will do it in just 30 years. This will lead to a broad and profound systemic economic and social change.

In this transformation, people's clothing, food, shelter and transportation will inevitably change. Among them, the construction industry, as one of the three energy-consuming industries, will also act.

Scientists also said that zero-carbon buildings are essential to avoid the serious impacts of climate change.

Building carbon emissions account for a large proportion of terminal carbon emissions. From the past long-term work experience, the improvement of standards in the building sector has the most extensive impact on the industry.

To actively implement the national "3060" dual-carbon goal, in April 9, 2021, the launch meeting of the national standard "Technical Standard for Zero Carbon Building" was held at the China Academy of Building Research.

This standard will be prepared in accordance with the principles of "supporting and guiding task decomposition, comprehensively considering hierarchical coverage, gradually moving towards dual control of energy and carbon, and maintaining full-diameter carbon coverage", which will play an important supporting role in determining the roadmap and schedule of emission peak in the construction sector.

From these four priorities, it can be seen that energy efficiency improvement and carbon reduction play a very important role in zero-carbon buildings.

Sayyas has been adhering to the corporate mission of "Extremely Reduced Consumption, Extremely Beautiful Life" for many years, and has always been committed to the research, development and manufacturing of building exterior windows with ultra-low heat transfer coefficients, to ensure the sealing performance of the entire window from structural research and development, material selection, detail craftsmanship, assembly verification, and finished product installation. So far, nearly 20 window products have passed the German PHI certification, which can be applied to zero-carbon buildings. We have successfully served nearly 100 passive ultra-low-energy buildings in China, and participated in the formulation of building energy saving standards in many places, helping to promote the development of zero-carbon buildings in China.

"Keeping out climate change with aluminum-clad wood air conditioning windows of Sayyas " is Sayyas's consistent vision. While advocating the use of environmental protection materials, Sayyas is also actively engaged in greening. For many years, Sayyas has built a Sayyas forest to increase carbon sink and reserve. It has also built a passive ultra-low-energy factory in Harbin, the ice city in northern China, which was certified as "the world's largest passive factory" by Guinness World Records in September 2018. Its affiliated office buildings were included in the "Nearly Zero Energy Building Technology System and Key Technology Development" project of the "13th Five-Year National Key R&D Program" as a demonstration project of nearly zero energy public building. In 2021, Sayyas carried out passive ultra-low-energy renovation for Nanjing office buildings, and launched the Zero-carbon Youth Program, which advocates implementing the zero-carbon idea and understanding China's zero-carbon buildings from the perspective of youth.

Sayyas will always actively practice its mission and make its contribution to China's "3060" dual-carbon goal. 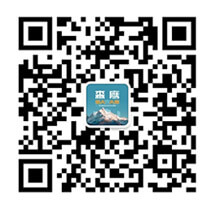